Quest has the upper hand on Knight when he tags in Brown. Brown takes too much time for a dive, which allows Knight to come in and nail Brown with his signature dropkick. Quest turns things back in their favor with a tilt-a-whirl backbreaker on the DKC. DKC takes down Quest with a flying single leg dropkick, and Knight lands a standing Mad Splash for two. Quest German suplexes DKC after ducking a high kick. Brown spikes Knight with a tornado DDT and DKC breaks up the pin. Knight wipes out Quest with a shoulder tackle, with DKC dropping a falling chop after the fact. Quest gets a blind tag as Brown comes off the ropes to hit the .50 Caliber Kick on Knight. After the kick lands, Quest then lands a running shooting star press for the pin at 8:32. DKC and Knight work together really well, with each of their offenses smoothly going into one another’s. It’s really fun to watch. Brown and Quest also have a good dynamic, which made for a fun, enjoyable match. **½

Brown is pissed at Quest for “stealing” the pin from him, but Quest calms him down. However, as they begin to head backstage, Brown attacks Quest from behind! He pummels him back in the ring and knocks him down with a rolling back hand. Brown leaves Quest laying in the middle of the ring.

This is both Nelson and Isaacs’ New Japan debuts. Isaacs is a former NWA World Tag Team Champion. Isaacs cheap shotts Clearwater in the corner. Clearwater retaliates with a corner clothesline and bulldog. When Misterioso whips Isaacs to the ropes, Nelson tags in unbeknownst to Misterioso, and Nelson is able to blind side him with a forearm smash to the back. Misterioso comes back with a back handspring elbow and rolling dropkick. Clearwater has control of Nelson until Nelson sends Clearwater to the apron. Nelson distracts the referee who Isaacs can nail Clearwater with a high knee. Nelson knocks Misterioso off the apron before pinning Clearwater for two. Clearwater is trapped in the WCWC corner until he drops Nelson with a neckbreaker and kicks Isaacs away. Misterioso lands a tope con hilo onto both of them. A kneeling springboard senton and a moonsault gets Misterioso a pair of nearfalls on Isaacs. Clearwater accidentally knocks down Misterioso with a running forearm. The WCWC drop Clearwater with a Dominator/DDT combo. A two man version of Shooty McGee gets WCWC the pin on Clearwater at 10:31. Solid debut for Nelson and Isaacs, who as a more traditional tag team stand out amongst the Dojo teams or haphazard pairings. They maybe could’ve taken care of business a little faster and had a bit more control, but otherwise this was solid. **½

On April 28th, Tony Khan announced that Yuji Nagata would be coming to AEW to face Jon Moxley for the IWGP United States Heavyweight Championship on the May 12th episode of Dynamite. This tag match serves as a warm-up for that match since they have never wrestled one another, while also providing another chance for Dickinson and Narita to get their hands on each other. Moxley and Narita trade forearm shots. Nagata gets in some boots to the face, and also counters the Death Rider into a waterpump armbreaker and a standing Kimura. Moxley tags out when Narita attempts the Boston Crab. Dickinson and Narita trade forearms themselves, with Narita also pounding on Dickinson’s shoulder blades. Dickinson tackles Narita to the corner, where Moxley pulls Narita to the floor and sends him into the barricades. As Moxley beats down Narita, he taunts Nagata with his own version of Nagata’s running chest kick. Narita takes down Moxley with a belly-to-belly suplex and tags Nagata. Nagata throws several kicks at Dickinson before taking him over with a butterfly suplex. Dickinson dragonscrew leg whips Nagata and tags Moxley. Nagata stuns Moxley with an enzuigiri, but Moxley is able to take him down with a lariat and lock in the Bulldog Choke. Nagata escapes and tosses Moxley in an exploder suplex. Narita goes for a belly-to-belly on Moxley as Nagata and Dicknson fight ringside. Moxley counters with a German suplex and knocks Nagata off the apron as Nagata begins to climb back in. Moxley pins Narita with the Death Rider at 9:18. This achieved the goal in heating up Moxley and Nagata’s title match, but as a match it was fairly repetitive. They brought a lot of intensity and kept it short, so it was never boring, it was just more sizzle than steak. **¾

Nagata puts Moxley in the Nagata Lock after the bell. Ringside attendants pull Nagata off, and Nagata salutes and flexes at Moxley before leaving. 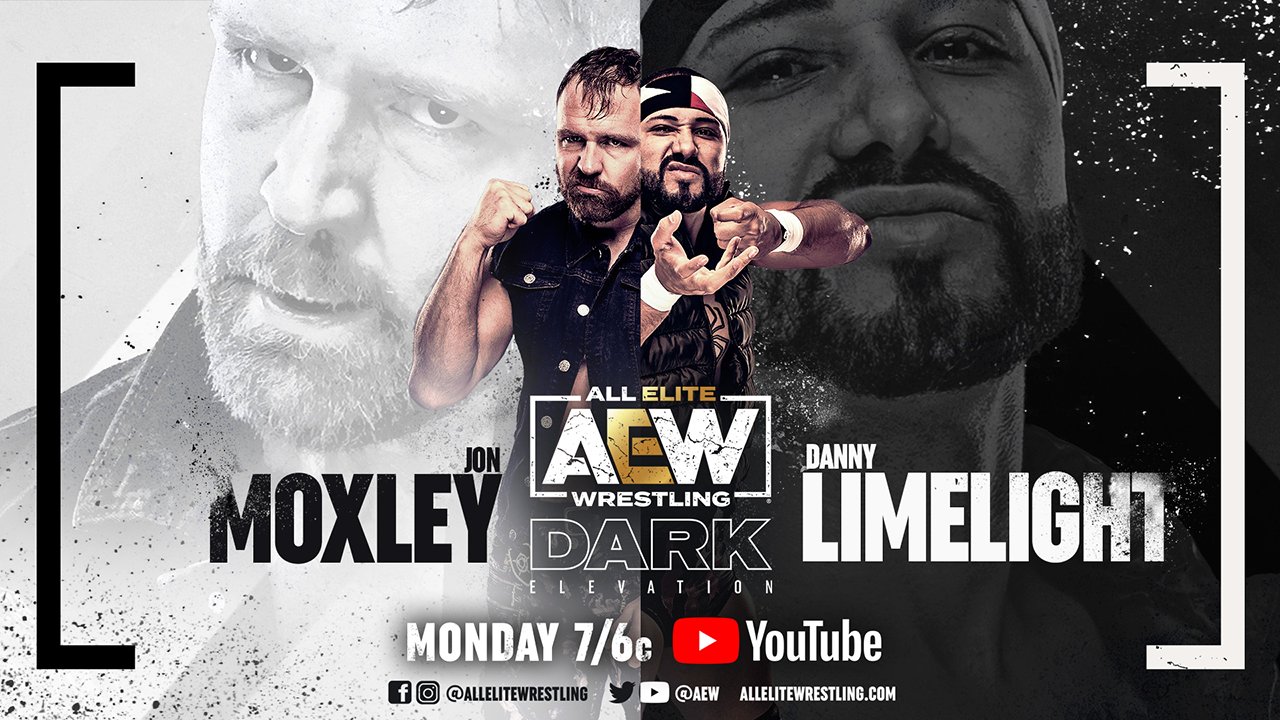 This was a warm-up match for Moxley before his IWGP United States Heavyweight Championship match against Nagata. He even brings the title to the ring with him, which I believe is the first time it would be shown in AEW. Limelight’s arrogance makes Moxley mad. Moxley mimicked Limelight’s dance after a snapmare into a back kick which ruled. Limelight impressively was able to escape a super Death Rider and walked the ropes to the middle for a double knees take down. Limelight knee strikes Moxley to the floor and follows with a twisting splash. He even lands a Blockbuster back in the ring for two. Limelight knee struck Moxley as Moxley went to the top turnbuckle. When he followed him up, however, Moxley bit his fight and brought him down with a super Death Rider for the pin at 7:24. As a big fan of Limelight I am glad he got in some impressive offense instead of being completely gobbled up by Moxley, which would’ve been understandable. This would have totally fit in on an episode STRONG, and probably been even better in that environment since they would’ve been on more equal footing. For what this was, it was a good time. **½ 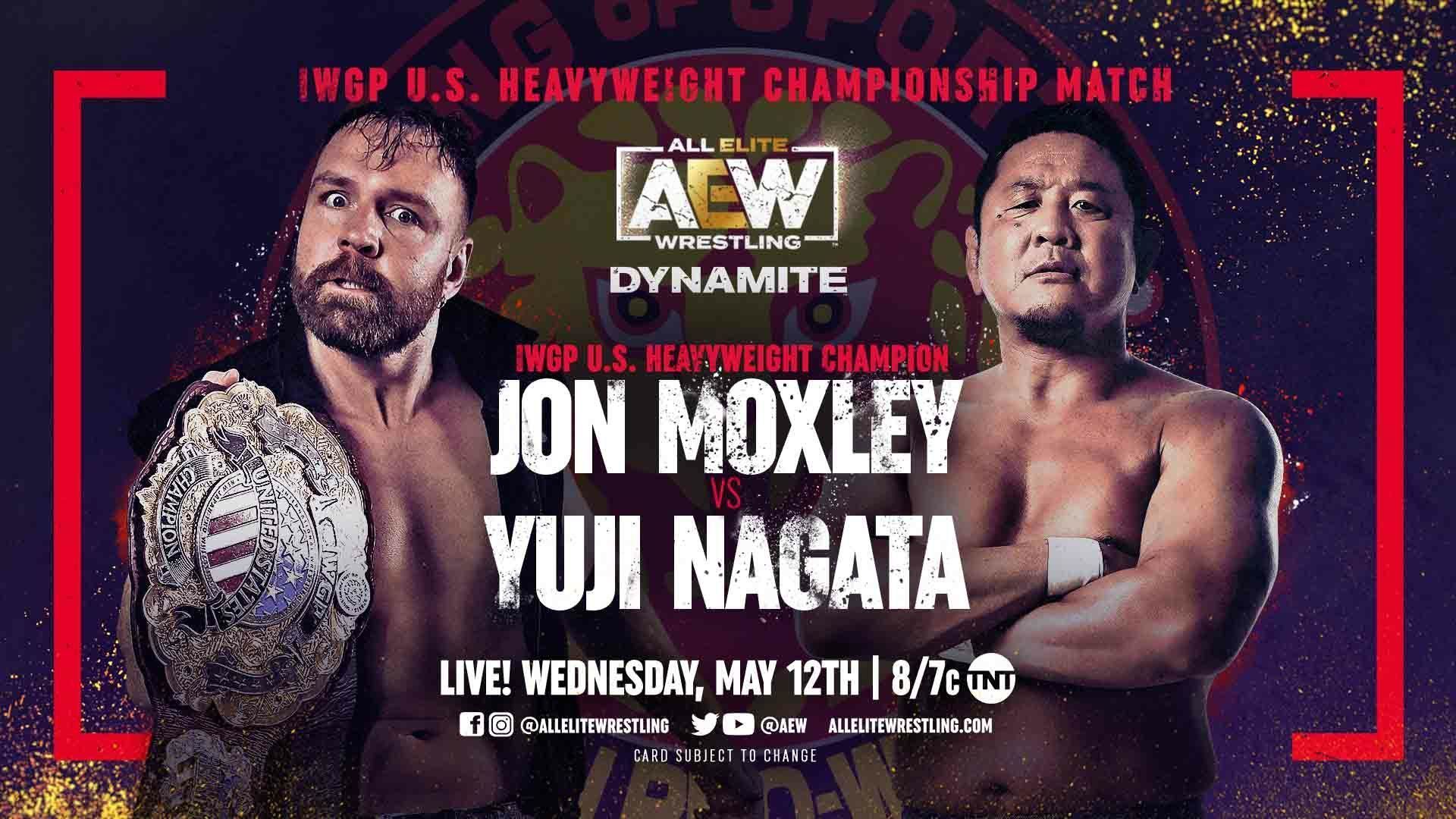 Moxley has been champion since 1.4.2020 and this is his fourth defense. Eddie Kingston is in Moxley’s corner, and Ren Narita is in Nagata’s corner. Rocky Romero and Lance Archer are shown watching in the crowd. Huge bummer that the Troggs version of “Wild Thing” could not be played on New Japan World. I need that moment preserved in amber. This starts just like their STRONG tag match, with them trading forearms to the face. Nagata takes down Moxley with a knee to the stomach and a big boot. Moxley sends Nagata into a ring post before coming off of the ring apron with a knee to his back and sending him back first into the barricades. Nagata eggs on Moxley to hit him with repeated chest kicks back in the ring. Nagata shows Moxley how chest kicks are truly done before taking him down with an exploder suplex for two. Nagata goes back to the chest kicks after dropkicking Moxley’s knee out from under him. Moxley ducks a boot. He German suplexes and lariats Nagata for two. Nagata backdrops his way out of a piledriver attempt and nails the Justice Knee. Nagata superplexes Moxley and hits one more chest kick before pinning him. Moxley kicks out at two so Nagata tries a Saito suplex. Moxley swivels into a sleeperhold, which Nagata turns into the Shirome, which Moxley uses the ropes to escape. Nagata enzuigiri’s Moxley, and Moxley rebounds into a lariat for two. Moxley lands a couple knees to the face and hits the Death Rider for the pin at 8:29. This was a big improvement over their tag match, with more depth to the action and a crowd to give it some life. It was also fun to see Nagata back on TNT for the first time since 1998. Who would’ve guessed? Blue Justice rules. ***½